From September 17 to 19, 2020, the third, so far largest conference on refugee and forced migration studies took place, organized by the team at the Chair of Youth Welfare and Social Work at the University of Cologne with the executive board of the German Network of Forced Migration Researchers and the BMBF-funded joint project “Forced Migration and Refugee Studies: Networking and Knowledge Transfer” (FFVT). Due to the COVID-19 pandemic, the conference was held in a digital format instead of the premises of the University of Cologne.

During the conference, current research results were presented and discussed. Researchers from 47 countries and from all continents presented and discussed in 85 events in German and English current research results, methodological and methodological questions as well as ethical and political aspects in the context of refugee migration.  From law, political science, social work, psychology, educational science, linguistics, sociology, economics, geography, ethnology, musicology, and media studies, a wide range of perspectives on the field of research were represented with current research results. In addition, artistic contributions were part of the conference for the first time with a film premiere, audio formats and a photo exhibition.

In two central keynotes, the implications of refugee research in the context of political issues were discussed: Christina Clark-Kazak (University of Ottawa, Canada) addressed in her keynote “The Future of Forced Migration Research? Ethics and Methods in Politicised (Im)mobility Contexts” ethical questions in the face of (im)mobility, legal precarity and power asymmetries and their significance for research contexts. Under the title „Fluchtmigration und Aushandlungsprozesse in der postmigrantischen Gesellschaft“ Naika Foroutan (HU Berlin, Germany) examined the question of how the social defense of migrants can be explained against the background of research and scientific analysis.

Various artistic formats will be presented during the conference. Included are:

All artistic contributions can be accessed via the conference app.

P1 “On the Impact of Urban Shrinkage on the Daily Lives of Refugees in the U.S., France and Germany”  Norma Schemschat (Ecole Normale Superieure Paris, FR)

International Association for the Study of Forced Migration (IASFM):

For any questions regarding the content and program of the conference please direct to flufoko-koeln@uni-koeln.de.

Please direct all questions related to the online training courses and technical matters of the digital conference to event@ffvt.net.

With a little over 1 million inhabitants, Cologne is the fourth largest German city. Its name is a French adaptation of the Roman: Colonia Claudia Ara Agrippinensium. It is located along the Rhine River and overflows with culture, both medieval and modern. Due to its location, Cologne was historically a major trading center and the city continues to be the center of exchange, whether through media, trade fairs, or high-spirited carnival laughs over a tall, thin glass of Kölsch. And after having explored Cologne, travelers may also take advantage of the city’s ideal location to visit Belgium, the Netherlands or France within a few hours train ride with very affordable prices.

The city landmark is the Cologne Cathedral is a gothic masterpiece that took over six centuries to plan and build (1248 – 1880). Among other things, it houses a glass window consisting of more than 11,000 squared colored tiles from the artist Gerhard Richter. It is a testament to an exceptional work of human creative genius and is thus counted as a UNESCO World Heritage Site.

Cologne’s Roman-Germanic Museum possesesthe world’s largest collection of Roman glass. Roman remains are found scattered throughout the city – whether it be in the form of a stone road, a tower, twelve large Roman churches, or the foundations of a Roman governor’s former residence (Praetorium).

An un-roman(ticized) past may be found in the NS-Dokumentationszentrum, a museum in Cologne formed out of the headquarters of the local Gestapo (security police) during Germany’s time of National Socialism (1933-1945). Although about 72 percent of the city was destroyed during World War II bombings, a part of the Old Town was painstakingly restored.

For those further interested in history and art, a visit to one of the 40 museums is worthwhile. Among them, the Wallraf–Richartz-Museum contains works from the Middle Ages, the Museum Ludwig has the largest Pop-Art collection outside the USA, the Museum für Angewandte Kunst places objects together in close proximity to created art, and the Rautenstrauch–Joest-Museum and the Museum Schnütgen house large ethnological collections. Kolumba– an archbishopric museum built by the architect Peter Zumthor, and the Museum für Ostasiatische KunstKöln (East Asian Art) also leave visitors with a lasting impression.

Though steeped in history, the city pulsates with modern culture alongside the developments of design, music, art, fashion, festivals and food (#CulinaryCologne; #urbanCGN). The Cologne Philharmonic Concert Hall, an underground concert hall based on an amphitheater ensures good views and the best acoustics. Music can also be heard in the LANXESS arena, a host for a variety of big concerts (with up to 20,000 seats), as well as the Cologne Opera Company, jazz in pubs, or in venues of playing electronic music (c/o pop-Festival).

The Koelnmesse, the Exhibition and Trade Centre in Cologne, is an international trade fair with around 80 trade fairs and over 2,000 conferences held annually. It is considered of the country’s largest trade fair organizers. Or, in springtime you will find the award winning international literature festival lit.COLOGNE hosting up to 175 events. 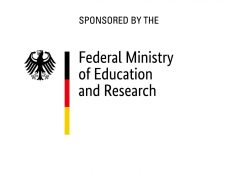