Elena Fiddian-Qasmiyeh is Professor in Migration and Refugee Studies, Director of University College London (UCL)’s Refuge in a Moving World Research Network and Co-Director of UCL’s Migration Research Unit. Since the mid-2000s, Elena’s research has focused on experiences of and responses to conflict-induced displacement, with a particular regional focus on the Middle East. She has conducted extensive research in refugee camps and urban areas including in Algeria, Cuba, Egypt, France, Lebanon, South Africa, Syria, Sweden, and the UK. Drawing on a critical theoretical perspective, her work contributes to key debates surrounding refugees’ and local host community members’ experiences of conflict-induced displacement, the nature of refugee-host-donor relations, and both North-South and South-South humanitarian responses to forced migration.

In February 2022, the Russian attack on Ukraine displaced within a few weeks up to 14 million people. The public has been mostly focussing on refugees fleeing the country whilst the fate of internally displaced people has been neglected. In fact, already since 2014, there have been over 1.5 million IDPs in Ukraine, a feature persistently overshadowed by refugee issues in the Global South. First, we demonstrate that many Ukrainians have now been displaced for the second time. We also provide an overview of resettlement patterns and the structural specifics of IDPs/refugees before and after February 2022 and show that they constitute a socially, politically, religiously or ethnically rather diverse group. Secondly, refugee movements have been conveniently depicted by thick uninterrupted one-way arrows from A to B. We will show that once again these result in false statistics, obscure the much more intricate movements, notably step-wise, return and transnational migration, and give way to flawed policy conclusions.

Finally, the reception of Ukrainians – initially more welcoming than that of refugees from the Global South – revealed some racial underpinning of the EU’s refugee policies and also triggered some controversy over prioritisation and deservingness. However, some responses also raise questions over issues related to biases resulting in ignoring migration and displacement in the Global East, failure to acknowledge the precarious status of Ukrainians, traditions of racialisation of certain minorities and generally of Eastern Europeans in the West, the colonial hierarchies in and the western colonial perspectives of the East. We thus suggest to discuss whether intersectionalities have been ignored and whether there could even be competing post-colonial perspectives with regards to the Global South versus the Global East. Dr Viktoria Sereda is a senior fellow of the Forum of Transregional Studies (Berlin), senior researcher at the Institute of Ethnology of the National Academy of Sciences of Ukraine and professor at the Ukrainian Catholic University. She studied in L’viv, Budapest and Edinburgh and obtained her doctorate in 2006 with a study of the influence of regionalism on the formation of sociopolitical identity and historical memory in Ukraine. Prior to her current positions, she taught sociology at the National University of Lviv starting in 2002. In the Spring semester of 2021, she was a visiting lecturer at the University of Basel and taught a course “Migration and belonging. Ukraine in glocal perspective after 1991” and at the summer school organized by the SwissPeace on ’Ukraine – Opportunities and Challenges for Dialogue’. In 2016-2020 she was the recurrent MAPA Research Fellow at the Ukrainian Research Institute at Harvard University, where she used sociological data to develop a digital atlas of social changes in Ukrainian society, including cross-regional mobility and internal displacement (IDPs) after 2014. She has over 25 years of experience in conducting and leading research, analysis and policy advice and 10 years’ experience in researching Ukrainian migration affairs – in particular labor and forced migration, migration governance.

Sereda has either led or participated in over 30 sociological research projects: “Present Ukrainian refugees: Main Reasons, Strategies of Resettlement, Difficulties of Adaptation” (2014-15); “Trust in insecure environments: the Crimean Tatar community after the annexation of Crimea” (2015), “Homo militants” (2015-16); “Displaced cultural spaces: current Ukrainian refugees” (2016); “Women and war: everyday life on the occupied territories” (2017); “Ukraine’s hidden tragedy: understanding the outcomes of population displacement from the country’s war torn regions” (2016-17); “Challenges of contemporary migration: Ukrainian community in Poland” (2019), “The power of the disempowered: civic activism of Ukrainian IDPs” (2021), “Displaced Ukrainians from Crimea and Donbas in Switzerland, Germany and Turkey” (2021), “Social reception and inclusion of refugees with children from Ukraine in Poland, Germany and Ireland) (2022). From 2011 to 2017, she was the head of the sociological team for the project “Region, Nation and Beyond: An Interdisciplinary and Transcultural Reconceptualization of Ukraine” organised by the University of St. Gallen in Switzerland. Franck Duvell, PhD, is senior researcher at Osnabruck University, Institute for Migration Research and Intercultural Studies (since 2020). Previously, he was head of the migration department at the German Centre for Integration and Migration Research, Berlin (2018-2020). Since 2006 he was senior researcher and from 2013 to 2018 associate professor and at the Centre on Migration, Policy and Society, University of Oxford. Franck also worked for the International Centre for Migration Policy Development (ICMPD), Nicolaas Witsen Foundation, University of Exeter and University of Bremen and did consultancies for the International Organization for Migration (IOM, GIZ, SEO Amsterdam Economics and OSCE and provided evidence to the EU Council, Council of Europe, British parliament, Turkish Directorate General for Migration Management, Berlin Senate and many others. He has over 25 years of experience in conducting and leading research, analysis and policy advice. He is an expert on international migration and in particular irregular, transit and forced migration, migration governance and international relations in the field of migration. His studies specifically focus at the countries on the periphery and in the wider neighbourhood of the EU. He conducted more than 25 research projects and has published 10 books and over 60 research articles in internationally renowned journals.

Keynote III seeks to reflect about the social impact research on forced migration and refugees can (or should?) have and how research on forced migration can make a difference, for the life of refugees and for society as a whole. A special focus lies on the societal role of forced migration research and hegemonic relationships in this context: Refugee research continues to take place mainly from the perspective of non-refugees. This provokes questions about positionality and situated knowledge in research processes. To what extent can (and should) forced migration research engage in societal criticism of hegemonic relationships and what is needed to overcome these structural barriers? Instead of a classical keynote speech, refugee organizations and representatives will give their perspectives in short video contributions as “keyNOTES”.

After hearing the perspectives of refugees’s organiziations, keynote III offers the possibility to reflect on our own research practice together with discussant Anila Noor from New Women’s Connectors and develop ideas on how to make a difference, in academia, politics and the lives of the people we are working with. Anila Noor holds three master’s degrees including development studies (2014) from Erasmus University Rotterdam. She is a refugee researcher examining social justice perspectives on gender and conflict as well as forced migration and refugee policies in Europe. As a 2021 ̶ 2022 fellow of the Forced Migration and Refugee Studies: Networking and Knowledge Transfer (FFVT) programme and 2018 ̶ 2019 fellow for the Open Society Foundations, she has advanced meaningful participation and unpacked the lived experiences of refugees as knowledge. As a representative of different refugee-led initiatives such as New Women Connectors, the Global Refugee-led Network and Global Independent Refugee Women Leaders, she has collaborated on reports and served on panels, including at the Refugee Studies Centre at Oxford University and the Global Academic Interdisciplinary Network. She has performed advisory roles for the European Commission and the UNHCR and given guest lectures at Amsterdam University, Erasmus University Rotterdam and Carleton University in Canada, among others. She is a member of the Emerging Scholars Network at the University of New South Wales’s Kaldor Centre for International Refugee Law. 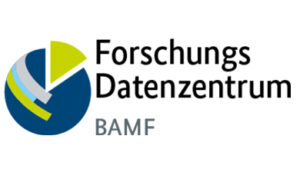 Hotel an der Oper (in Bahnhofsnähe)